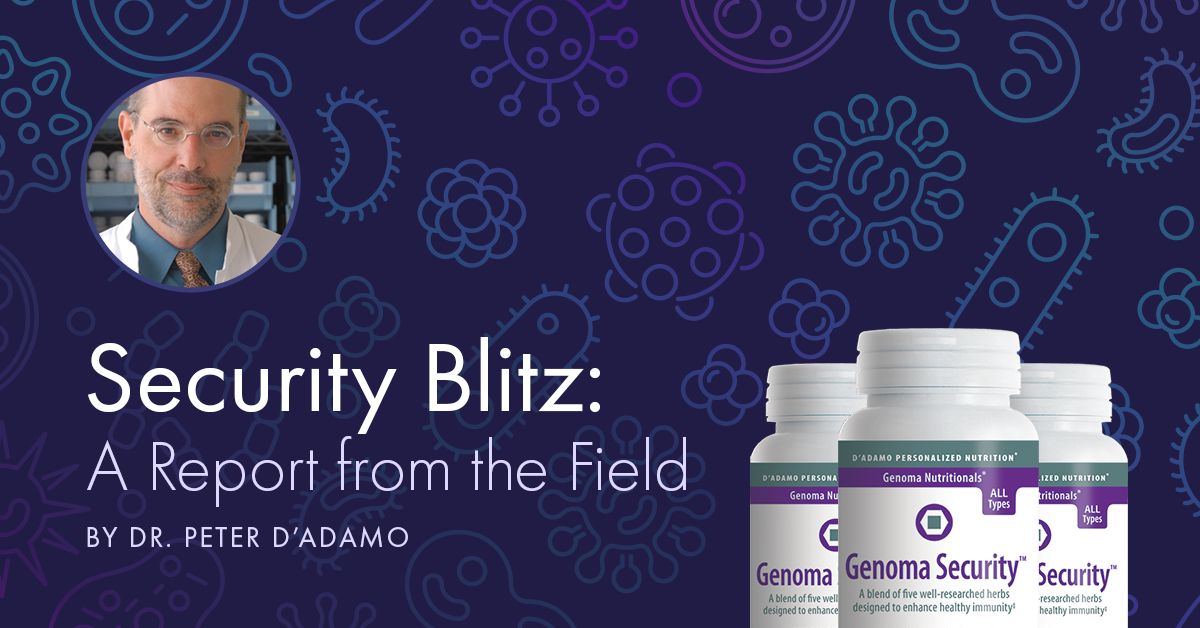 As I write this, my immediate surroundings appear exclusively populated with a bevy of sneezing, throat clearing, nose blowing and coughing troglodytes that in earlier times I was once able to recognize as friends, students and colleagues.

Yes, it's that time of year. Post-holiday letdowns. Forced hot air heating. Exercise interregnums. Outdoor temperature oscillations. All seem to conspire together to undermine our resistance and capacity to quickly recover from viral (and, often, subsequent bacterial) infections.

A US vice president once famously quipped, “What this country needs is a really good five-cent cigar,” in response to a senator's bloviated speech about the nation's needs. The days of being able to fill our needs with a good cigar are obviously long gone, but certain needs do remain: Like the need for a good, affordable, general-purpose immune booster.

My records say that I developed the Genoma Security formula over five years ago, and since that time it has become a fixture in many of the patient protocols we develop at the University of Bridgeport Center of Excellence. In virtually all cases, the dosage prescribed does not vary much from that recommended on the label: 1-2 capsules twice daily.

Recently I suffered from a fairly deep and protracted upper-respiratory infection. At times like these, everyone around me inevitably offers up the sage aphorism, “Physician, heal thyself,” which usually just increases my stress about the whole thing. Sometimes physicians just want to be left alone to be patients, like everyone else.

My response was what I typically do when dealing with a health challenge: tighten up my diet, get as many obligations off my plate as I can, hydrate, supplement, and rest. Normally, this does the trick. This time, however, things did not appear to be progressing toward any sort of resolution. I could feel a sense of oppression when taking deep breaths—which triggered a wicked cough—and developed a nasty need to continually clear my throat.

After a period of time hoping that things would move along to completion, and still not feeling that I was making any progress, I finally decided to pull the nuclear trigger. I grabbed two bottles of Security from the dispensary and headed home. At that point, I popped the protective seal off of one bottle and proceeded to take five capsules at once. Then, every three hours until I went to bed, and continuing throughout the next day, I took two more. On subsequent days, I gradually lowered the daily dose.

By the end of day two the cough and chest oppression were gone. By day four the obnoxious throat clearing was reduced to only two or three times a day. Plus, I just felt better; more like my old self. I could go back to coding software with my usual intensity; a capability that had trailed off during my infirmity.

I learned something very interesting during my 'physician heal thyself' crisis. Sometimes you just have to throw away the traditional playbook and dive off the deep end. Recommendations on labels are just that: recommendations. I'm not sure that I would have had the dramatic response had I taken Security at the recommended lower and less frequent dosing. Maybe it would have happened, but just taken longer. However, should this happen again, I know what to do next time. By the way, I've recommended this 'Security Blitz' protocol to several friends and they all have experienced the same effects. And if we take a moment to look at the science, there are very oblivious reasons behind all this.

There's real synergism in this formula, although it took a sense of frustration on my part to discover it. For generalized pro-active protection, go ahead and take the recommended dosage. Just like the name implies, the formulas will provide a measure of 'security.' However, if you're in the grip of an active battle against the forces of the microbial world, consider doing the 'Security Blitz.'

Get the latest updates on new products and upcoming sales